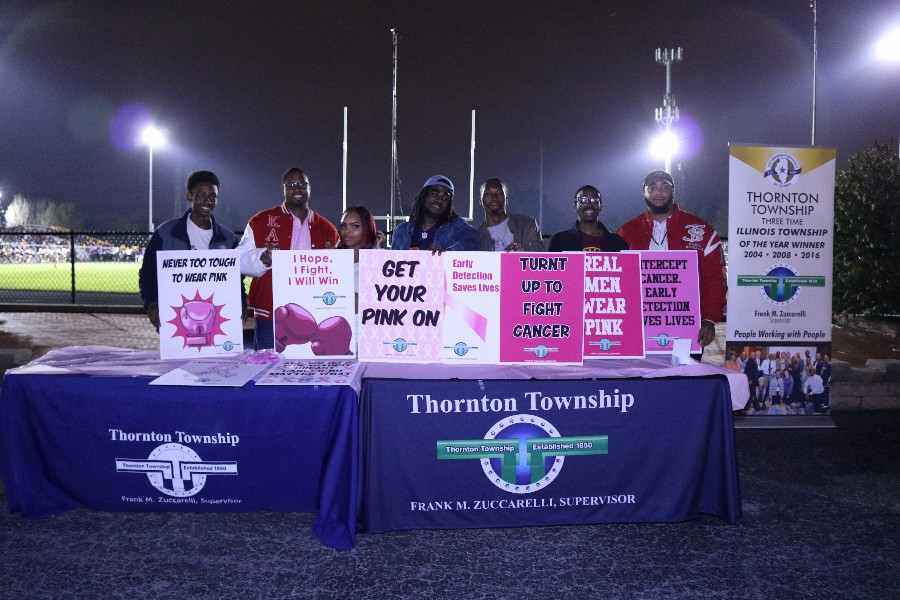 According to Athletic Director Omari Garrett for Thornton Fractional North High School, “Football and volleyball players and coaches will participate by wearing pink paraphernalia like shoes, arm bands and socks. Students who wore pink got into the game free. We definitely want to continue to bring awareness. We had have a moment of reflection prior to the National Anthem for anyone who has loss a love one to breast cancer, know someone who is currently battling it, or survived it.”

Ernst Lamothe Jr, Thornton Township Public and Community Relations Manager said, “This is the second year we are partnering with a school district to bring a Pink Out event to the area. Last year, we worked with several high schools. We are excited to be teaming up with District #215 and TF North.” Lamothe further stated, “We understand that breast cancer is an important issue and we want to keep it in the forefront.”

Breast cancer is the second most common kind of cancer in women. About 1 in 8 women born today in the United States will get breast cancer at some point.

The good news is that most women can survive breast cancer if it’s found and treated early. A mammogram – the screening test for breast cancer – can help find breast cancer early when it’s easier to treat.

National Breast Cancer Awareness Month is a chance to raise awareness about the importance of early detection of breast cancer. Make a difference! Spread the word about mammograms and encourage communities, organizations, families, and individuals to get involved.

Talk to a doctor about your risk for breast cancer, especially if a close family member of yours had breast or ovarian cancer. Your doctor can help you decide when and how often to get mammograms. 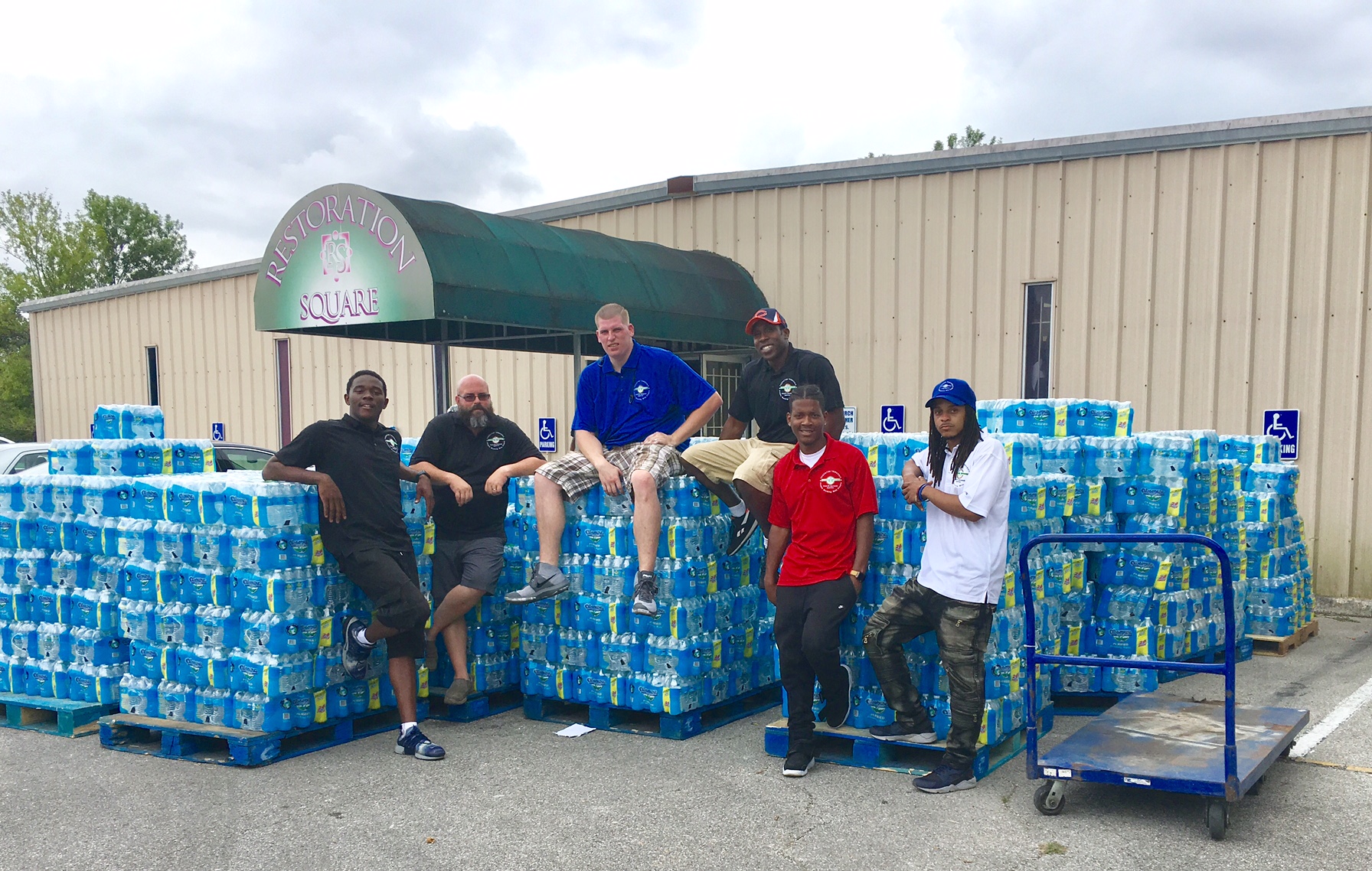 Living by their motto of People Working With People, Thornton Township employees went down to Houston to deliver supplies to the devastated areas in the 5th ward. Once township officials saw the images of people affected, Thornton Township Supervisor Frank M. Zuccarelli soon organized an areawide donation campaign throughout September. Volunteer drivers delivered supplies in trucks donated by Blue Island-based W & W Towing. Along with various other organizations and municipalities such as Lansing, Riverdale, Phoenix and South Holland, they provided to provide supplies in the wake of Hurricane Harvey, which included water, diapers, baby formula, blankets and hygiene care products. A few years ago, Thornton Township also helped during the Flint, Michigan water crisis.

“With the sheer devastation of the storm, we wanted to do something to help the thousands of people in need,” said Frank M. Zuccarelli. “Our hearts and prayers are with the family. We are asking our Thornton Township residents to donate needed supplies to our four township locations.”

The donation was for Restoration Square Full Gospel Baptist Cathedral in northeast Houston. Inside the cavernous worship hall, co-pastor Tracy Glenn helped sort the necessities onto long tables. Of the 150 or so people in Restoration Square, about 10 percent had lost their homes, Glenn said. For the sixth time in less than a month, she was using her church to hand out supplies.

“It’s definitely appreciated,” said Glenn, co-pastor of the Restoration Square Full Gospel Baptist Cathedral. “The donations and love they brought with them, helping us unload, getting items to the people in the community — we’re grateful.”

“We saw some blocks where the homes were completely devastated,” Lamothe Jr. said. “The water line was halfway up the houses and there was a lot of debris out front. Then two or three blocks over, everything was OK.”

Hurricane Harvey caused unprecedented and catastrophic flooding in southeastern Texas. In a four-day period, many areas received more than 40 inches of rain as the system went over eastern Texas and adjacent waters. Harvey is the wettest tropical cyclone on record in the United States. The resulting floods inundated hundreds of thousands of homes, displaced more than 30,000 people, and prompted more than 13,000 rescues.

With people being skeptical of whether their entire Red Cross Donations are going to the cause or if FEMA is reacting quickly enough, Thornton Township wanted to make sure the money and donations went directly to residents.

“All the money donated by individuals for the hurricane relief went 100 percent to the relief and people appreciate that,” said Lamothe Jr.