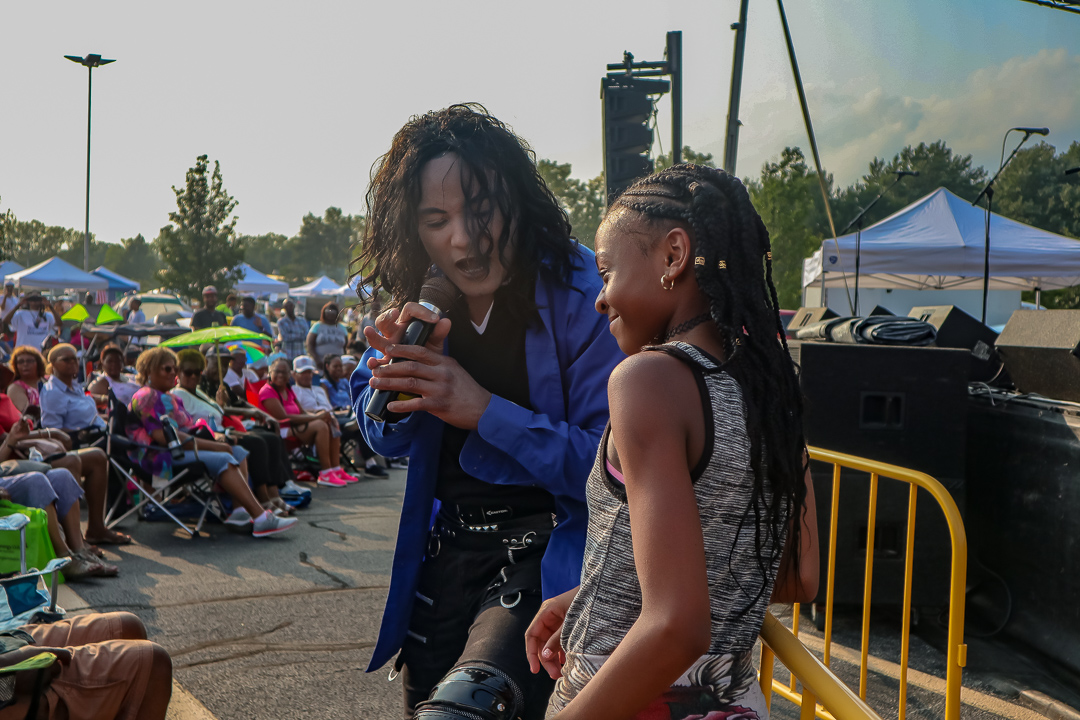 “We’re having a great time today at the Taste,” he added. “The Taste is one of our largest events and brings people throughout Thornton Township in one place to enjoy great live music, food and family entertainment.”

The almost 90 degree day did not temper excitement for the 17th annual event. This year’s Taste featured free activities for the kids ranging from face painting, carnival rides, and games to back to school haircuts, and book bags with school supplies. The event also had a petting zoo, a large assortment of food and craft vendors, live music from several bands and a classic car show.

“This year’s Taste was better than last year. More people came out this year than last year,” said Tui M. Muse, Taste chairman and Human Relations Commissioner. The car show was excellent. It was amazing. The food was great and lots of variety. Entertainment was fantastic.”
Several live bands entertained the crowd including a cameo appearance by Trysh Granberry, “America’s Got Talent” contestant, a Dolton resident and Thornton Township General Assistance employee.

Michael Jackson, James Brown, and Tina Turner impersonators dazzled the crowd,” said Joyce Washington, Thornton Township trustee. Washington. “The Seniors enjoyed themselves at the bingo tables. This event is for the community to come together and enjoy food, entertainment, family and friends. We appreciate our great community. ”
People from all over Thornton Township and areas as far as Chicago and Indiana were there. Mayors, elected officials throughout the area were in attendance.

“South Suburban College being our new venue this year was incredible. We were able to expand like never before,” said Ernst Lamothe Jr., Thornton Township Community Relations Manager.

The packed weekend also featured the second annual Taste of Thornton Township Basketball Tournament. The tournament involved teens and police playing on the same team for the pride of their town. This year, the Town of Markham defeated the Village of Dolton. Defending champion Lansing had to relinquish its title. Police Chief Dennis Murrin Jr. was in attendance with other officers and believed the program was an essential community initiative.

“It was a great atmosphere seeing the teenagers and police officers working together,” said Murrin. “This was something that we definitely want to be apart of each year.”