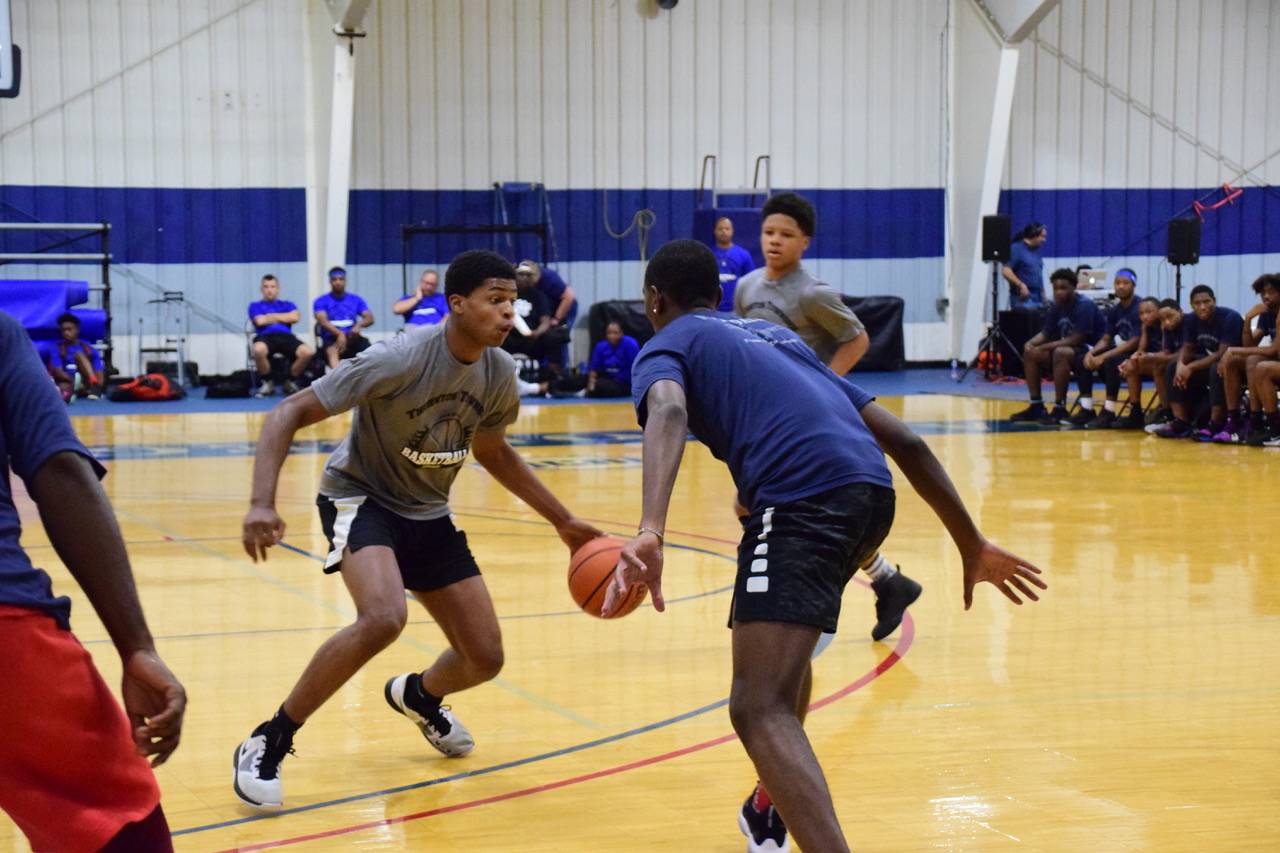 The Third annual Taste of Thornton Township basketball tournament crowned the Riverdale Park District team as champions. This year the tournament was bigger in several ways. Eight teams participants in the double elimination tournament which was the largest ever. In addition, the crowd filled the South Suburban College bleachers. More than 150 people were in attendance for the tournament that combines police, firefighters, those employees and teenagers playing on the same team with the pride of their town. Riverdale Police and Fire Department came in second, while the Harvey Police Department came in third.

“This tournament was one of the best for many reasons. The large crowd watching the early game really elevated the enthusiasm and energy in the building,” said Ernst Lamothe Jr., township communication manager Typically, communities have police officers and kids playing against each other in a basketball tournament; however, Thornton Township officials, decided the alternative made more sense.

Riverdale Park District lost the first game of the double-elimination tournament and then ran the table and won five consecutive games to win the championship.

“We are so thankful that the township organizes programs like this,” said Kendall Parrott, executive director of the Riverdale Park District. “You were impressed on how coordinated and high-level this tournament was. We plan to be part of it for years to come and hopefully repeat as champions next year.”

The five-on-five basketball tournament, which was held at South Suburban College, is an example of many Thornton Township’s programs that focus on police officers and teenagers learning more about each other.

“You could immediately see that the basketball tournament really brought the officers and teenagers together. They huddled with each other, and encouraged and supported one another throughout the day,” said Lamothe Jr. “We saw police officers, firefighters and village employees putting their arms around teenagers and just sitting down and having good conversations, laughing together and having a great time.”

“We pride ourselves on creating new and exciting programs they both entertain and bring together our residents. This basketball tournament is just another example of that,” added Jerry Jones, Thornton Township board member.